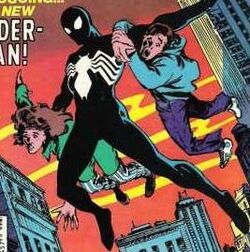 Brown, (shaved bald)
Unusual Features
Scorpion-like armor and tail attached to his body, no longer has a jaw
Status
Citizenship

Former private investigator Mac Gargan was hired by J. Jonah Jameson to find out how Peter Parker was able to get incredible pictures of Spider-Man. Gargan's efforts to locate Peter in order to find out the truth triggered Parker's spider sense, making him easily avoidable every time.

Frustrated, Jameson decided to pay $10,000 to Gargan to be the subject of an experiment. The experiment, created by Dr. Farley Stillwell, a researcher in animal mutation, which endowed the subject with the characteristic of another animal. Unfortunately the process resulted in the loss of Gargan's sanity, and the creation of the super-powered criminal menace known as the Scorpion.

Over the years Scorpion fought and was bested by Spider-Man many times. Most of these confrontations were the result of Spider-Man stepping in on an attempt on the life of Jameson, who Gargan hated even more than Spider-Man. With his mechanical tail, speed, and strength, Scorpion was always been more than a match for Spider-Man. Only the skill, experience, and quick wit of the web head helped him defeat Gargan.

After a fight with Spider-Man, the Venom symbiote bonded with him, turning him into Venom. Venom would be captured by Hydra in attempt to recruiting him to take over the Avengers, Red Skull's brand new partner in crime Norman Osborn would release the symbiote from Gargan.

Gargan would return to working for Jameson. This time he found some interesting info about Spider-Man yet never finding out that he is Peter Parker nor how he takes amazing pics. Gargan would now work for Jameson part-time and would work for Norman Osborn. Gargan would develop the brand "new" Spider-Man when Parker went on break. Parker did not know about this new Spider-Man as he was away from New York, or Queens. He would then have people think negative of Spider-Man, Peter would return and engage in a battle against the Dark Avengers. Dark Spider-Man would appear helping Dark Avengers and the use of symbiote returned and finally defeated Spider-Man.

As the Scorpion, MacDonald Gargan possesses all the powers of a scorpion.

Investigative Prowess: Before he became the Scorpion, MacDonald Gargan was a detective with some investigative skills.

Formidable Opponent: Gargan's powers make him a formidable combatant, even though he has had little formal training.

Retrieved from "https://marvelcomicsfanon.fandom.com/wiki/MacDonald_Gargan_(Earth-1210)?oldid=145337"
Community content is available under CC-BY-SA unless otherwise noted.