Marvel Fanon
Register
Don't have an account?
Sign In
Advertisement
in: Characters, Templated Articles, No Dual Identity,
and 18 more 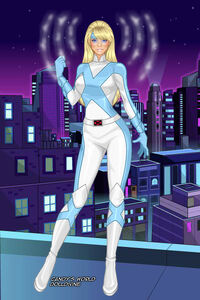 Are you sure you wanna mess with me preppy boy?

Lauren Frost is the first youngest of the Frost sisters A tomboy Lauren is a junior black belt in Shaolin Kempo Karate addition to her powers.

Lauren always keeps up with combat and never quits

Lauren's powers are identical to that of her sisters.

Those of her her sisters.