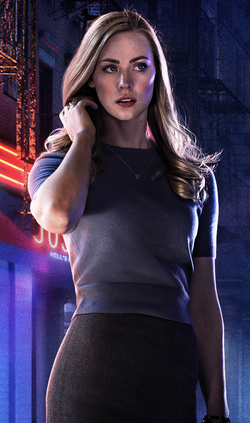 Karen Page's history closely mirrors that of her MCU counterpart.

Multilingual: Karen is fluent in English, and is able to understand and speak Spanish with little difficulty.

Retrieved from "https://marvelcomicsfanon.fandom.com/wiki/Karen_Page_(Earth-1010)?oldid=281437"
Community content is available under CC-BY-SA unless otherwise noted.