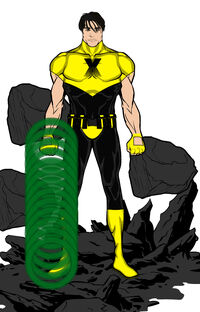 Due to his time with the X-Men, Rictor possesses adequate hand-to-hand combat skills. He has also displayed an affinity for computers and has been assigned to hack into various high-security systems. He picked up various other skills thanks to his childhood with his gun-running parents, including a knowledge of explosives.

Retrieved from "https://marvelcomicsfanon.fandom.com/wiki/Julio_Richter_(Earth-515)?oldid=252556"
Community content is available under CC-BY-SA unless otherwise noted.