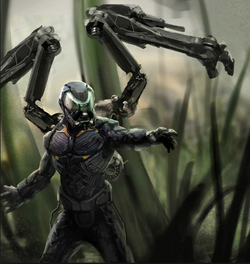 Hank, I believe you and I met for a reason. It's like the universe was saying "Hey, Johnny, there's this dude, he's kind of an asshole, but it's your job to make him less of an asshole." And I believe I'm making progress.

Jonathan van Dyne was a child prodigy who was never too interested in school. When his sister, Janet, became a fashion designer, Jonathan was happy to become her main model. However, his genius eventually caught up with him when he was approached by S.H.I.E.L.D. to work on the Pym Particle Project. Reluctantly, Jonathan agreed and cracked it within two days, resulting in him being chosen as the Yellowjacket and paired with Hank Pym's Ant-Man. Initially, the two of them did not get along, but eventually they opened up to each other and fell in love.

When S.H.I.E.L.D. formed the Avengers Initiative, Ant-Man and Yellowjacket were initially kept off the roster. However, Jonathan kept pestering Nick Fury to let them help, and they were added to the team. They would later join the other Avengers in leaving S.H.I.E.L.D. to work for Tony Stark. 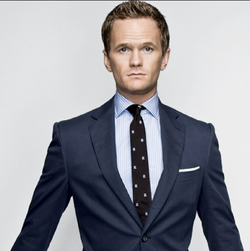 Retrieved from "https://marvelcomicsfanon.fandom.com/wiki/Jonathan_van_Dyne_(Earth-1420)?oldid=245046"
Community content is available under CC-BY-SA unless otherwise noted.