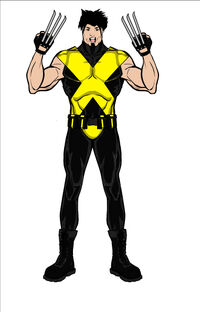 As a result of Wolverine's constant cellular regeneration and the additional weight and tensile strength of his skeleton he has some degree of superhuman strength enabling him to press somewhere in excess of 800 lbs but not more than 2 tons.

Retrieved from "https://marvelcomicsfanon.fandom.com/wiki/Jeimuzu_Howlett_(Earth-515)?oldid=255523"
Community content is available under CC-BY-SA unless otherwise noted.