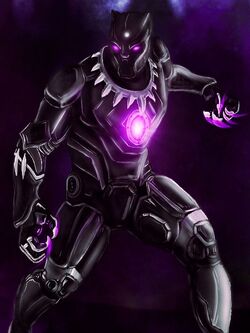 Jason had a hard life. He was often abused by his family, but one day he called the cops and escaped during an argument between the cops and his family. He went around killing people to get food or money. Battling for leftovers became his life. He spent his money learning hand to hand combat. From there it was easier for him to win money. He grew up with a hard, homeless life. He found out he was gifted and was quickly found by Tony Stark. Stark fixed him up and trained him. Jason then found out he was a very smart kid. He was proclaimed Iron Mind by Stark, and from there, a hero was born.

After having long training and meetings. Mind was placed as the leader of Avengers Academy. Having learned from the best, he lead his team to be the best. They often fought younger groups of Hydra members, and during these battles, they told him to join HYDRA. He usually just killed them, and from his past they found out he was mental and insane. At that point, Avengers members held him back. When he was being held back from going on missions, HYDRA spies would attempt to recruit him. He said no and would return to leading Avengers Academy. He once had a long talk with a HYDRA agent. It persuaded Jason to tell Iron Man about this.

After having numerous talks with Iron Man, he decided to stay. At graduation time, the most unexpected thing happened. He killed everyone there as well as the invited civilians. All of the academy members died, and Iron Man entered a state of depression. He would stay this way for the better part of a year, as Jason dropped the name Iron Mind and went under Neuroo.

As he joined Hydra, Neuroo would be one of the four leaders of the Doomsday team. After having his battles with Iron Man, it always ended with the winner saying to join them. As the war progressed on, Neuroo set a mind trick on Iron Man to get him to join. He also pulled one on Iceman to make the Dark X-Men. As Iron Man lead the Dark Avengers, Neuroo became a member as well.

Superman Strength: Neuroo has this type of strength due to a life of beating up people for money, as it is known something caught him and turned him into a human-like mutant. Neuroo gained much more strength due to his life beating up people. He's used it numerous times and has once used it to almost beat the Hulk. Although he didn't beat him, he did kick his ass for most of it.

Flight: Neuroo dosen't exactly have the power to fly but uses Iron Man's armor for it. He's been able to learn the ability to fly. He's used it for a majority of time and it helps him.

He's great at hand to hand combat, also great at talking his way out of big attacks. If he can play his cards, it'll be easy for him to get out of near death or getting hurt badly. Also, he can dance pretty good.

He can lift things 100 tons bigger than him because of his armor and his powers.

Retrieved from "https://marvelcomicsfanon.fandom.com/wiki/Jason_Bournes_(Earth-1210)?oldid=226173"
Community content is available under CC-BY-SA unless otherwise noted.