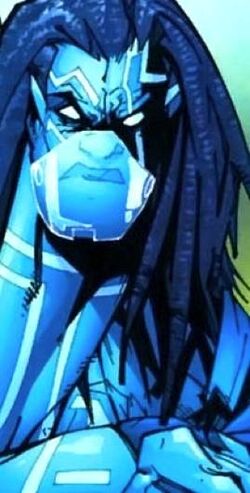 Janus has the same origin as his Earth-616 counterpart.

Janus, together with Politus and Amir, stopped Loa and Crosta when they visited Atlantis to convince Namor so he could become a temporary partial host for the Phoenix Force.

Later, he encountered a recently possessed Sub-Mariner, who mistreated him.

His strength is that of an average Atlantean

Retrieved from "https://marvelcomicsfanon.fandom.com/wiki/Janus_(Earth-1010)?oldid=202975"
Community content is available under CC-BY-SA unless otherwise noted.