I'm the best there is at what I do, bub.

Wolverine is a mutant with a powerful healing factor who spent decades being experimented on and tortured by the Weapon X Program. After escaping, he would be found by a man named Charles Xavier and recruited into the X-Men, where he finally found a home and a family. The X-Men were eventually chosen by Nick Fury to join the Ultimate Alliance and attempt to save the universe from the Cabal. 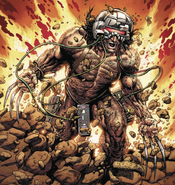 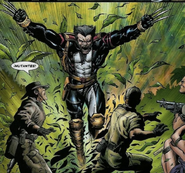 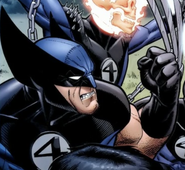 Doom Universe
Add a photo to this gallery
Retrieved from "https://marvelcomicsfanon.fandom.com/wiki/James_Howlett_(Earth-6110)?oldid=252162"
Community content is available under CC-BY-SA unless otherwise noted.