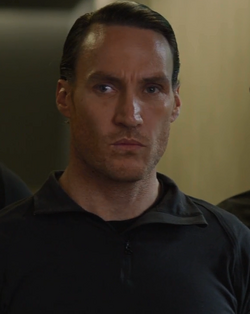 Rollins was typically seen alongside his superior Brock Rumlow. He was part of the team that saved the Lemurian Star from the Algerian pirate Georges Batroc, and one of the Hydra agents that attempted to apprehend Captain America in the Triskelion.

Retrieved from "https://marvelcomicsfanon.fandom.com/wiki/Jack_Rollins_(Earth-1010)?oldid=216365"
Community content is available under CC-BY-SA unless otherwise noted.