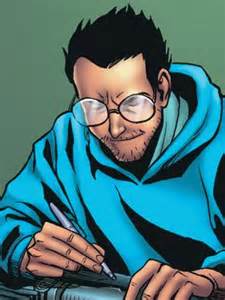 Little is known about Weasel's life before the Masters of Evil's attack on the S.H.I.E.L.D. USS Alpha Helicarrier. It can be assumed to be similar to his mainstream counterpart.

Weasel was dragged by Deadpool into Nick Fury's Ultimate Alliance. He is part of a subplot to discover if the Black Widow (who acts as Nick Fury's second-in-command in the game) is a S.H.I.E.L.D. traitor and requires information gathered by the player in between the missions such as passwords named after other characters. When at Sanctum Sanctorum, he ends up being a target of S.H.I.E.L.D. and asks the heroes which would be a safer place to hide out: the Baxter Building or the X-Mansion. The heroes tell Weasel to hide out at the X-Mansion since Professor X stated that S.H.I.E.L.D. Agents on X-Mansion grounds would not sit well with the X-Men. Later on in Asgard, he develops a crush on Valkyrie who ironically enough prefers Deadpool and his sense of humor. Deadpool informs her that Weasel always reacts to attractive women that way which is why he hasn't had a date since his cousin took him to the prom. Storm states that Beast caught Weasel hacking into Cerebro, Forge caught Weasel in the X-Jet Hangar, and Emma Frost caught Weasel near Wolverine's bikes. When Weasel is done with the job, Storm says that she thinks everyone is ready for him to leave because Colossus got back from his trip to Russia and found Weasel in the kitchen and started beating him up. Luckily for Weasel, Karma managed to get between them and explain who Weasel was and Weasel mentions earlier that Beast (or the "Big Blue Ape" as he calls him) kept asking him when he's going to leave. A phone call made during the credits reveals that the Black Widow had been using Weasel to steal information from S.H.I.E.L.D. and then setting up Weasel for the fall as he confronted by S.H.I.E.L.D. Agents.

Hacker, inventor, knowledge of many weapons

Weasel doesn't possess any type of invulnerability except using any armor or other equipment.

Retrieved from "https://marvelcomicsfanon.fandom.com/wiki/Jack_Hammer_(Earth-6109.2)?oldid=128873"
Community content is available under CC-BY-SA unless otherwise noted.