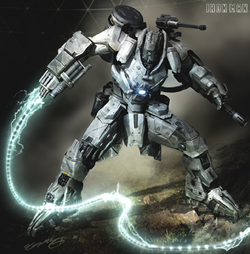 I will break you. And you will remember me.

Ivan Vanko was a Potts International scientist who was hired from Russia and paired alongside Tony Stark and Ezekiel Stane. However, after Stane stole his work and framed him for espionage, Vanko was fired and deported back to Russia. Swearing revenge, Ivan makes his way back to America and joins the Advanced Idea Mechanics.

Now equipped with the proper materials, Ivan builds himself a suit of armor to take on Iron Man. Working alongside the fellow AIM Enforcers, Whiplash fought against the Squadron Supreme for years. However, he eventually met his end during a long battle against Iron Man, when he gained the upper hand and set his armor to self destruct.