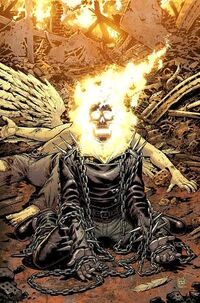 She knew about his parents, but Isaac kept his addiction hidden from her until she discovered he was attending rehab. As soon as he finished it, Sherry gave him a gift, a necklace with a piece of a golden medallion[1] hanging from it. He happily accepted the gift from her and the two became closer. A few weeks later Sherry did not attend school and Isaac became worried when she didn’t respond to his text messages.

He picked up Sherry and walked up the basement stairs. She was crying and pushing Isaac away from her, but he continued to hold her tightly. They exited the house and Isaac drove to the emergency room where they were both treated. As soon as she saw him again, she said that she never wanted to see him again. Isaac pleaded with her but she would not listen to him. Isaac had nowhere else to turn and was forced to return to his home. He walked in depressed and again saw his mom passed out. He quickly stole her drugs and needles and stuffed them in his pocket.

The Spirit of Vengeance with the medallion unleashed itself and combined with the one hidden deep within Dominic, causing the two boys to merge together. As one body, Isaac was in control though he was being guided by the Spirits of Vengeance. The man who watched, Legion, attacked the new being only to vanish moments later.