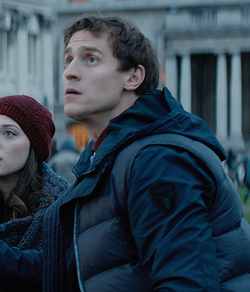 Ian Boothby was an intern working for Jane Foster and Darcy Lewis in London. He was with Jane and Darcy when they went looking for Erik Selvig and when they found the gravitational disturbance. After Jane went missing, Darcy and Ian called the police.

After Jane returned and Thor took her with him to Asgard, Ian and Darcy left in search of Selvig. They had discovered that he had been arrested and placed in a home for the elderly. After Ian saved Darcy's life, they shared a kiss.

Retrieved from "https://marvelcomicsfanon.fandom.com/wiki/Ian_Boothby_(Earth-1010)?oldid=100015"
Community content is available under CC-BY-SA unless otherwise noted.