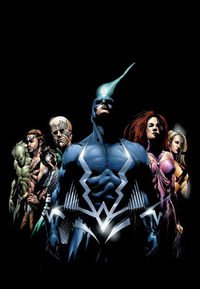 The House offer the Ultimate Alliance Atillan as a temporary headquarters after Doctor Doom acquires the power of Odin and uses it to reshape Earth. After Medusa is corrupted by Doctor Doom, Triton, Crystal, and Gorgon go to Earth to fight Doctor Doom and are not heard from since. Vision later states that they may have been "inducted into Doom's army".

Retrieved from "https://marvelcomicsfanon.fandom.com/wiki/House_of_Agon_(Earth-6109.2)?oldid=128823"
Community content is available under CC-BY-SA unless otherwise noted.