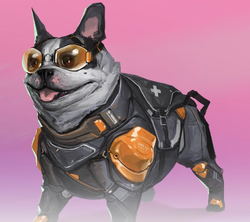 Oh boy I'm just so excited to save the universe with you guys for the eighth time this week!

For a while, Herbie didn't realize the evil he was helping perpetrate by working with Kang. This changed after a confrontation with the Fantastic Four, who Herbie only recognized from history. He and the Invisible Woman formed an instant connection, and he was inspired to leave Kang and do the right thing.

From there, he was taken in by the Fantastic Four and instantly given a home by them. He was overjoyed to be in the present with a family and working in the lab with Mister Fantastic.

Retrieved from "https://marvelcomicsfanon.fandom.com/wiki/Herbert_Richards_(Earth-101)?oldid=249520"
Community content is available under CC-BY-SA unless otherwise noted.