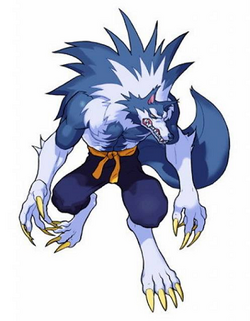 I have a lot to repay you for, I promise to help in every way I can.

Henry McCoy III (nicknamed "Hank" by his closest friends) was one of the most respected diplomats in the Great Britain, with his father and grandfather before him having served for the best political interests of the country. He's also considered one of the kindest men amongst the members of the Parliament, although sometimes he can be volatile while in highly tense moments. One of his main duties within the Parliament was to work as a liaison between the British Prime Minister and United States' White House, also earning the respect from his American peers.

One day, Hank received the greatest honor of his work to speak in the major international summit of the G13, reuniting for the first time in Britain. While Henry was happy and anxious about his new work, his tension made him suffer severe and sudden body pains, which were pushing further his volatile attitude. At the time his moment to talk came, his body pains grew increasingly higher, making him fall to the ground in pain, screaming the people to go away. The pain was growing further but the biggest shock came when suddenly Henry's body was transforming with claws growing from his nails, fangs growing from his teeth and his body becoming blue fur, making him fully transform into a werewolf-type Beast. The fear was overwhelming amongst the people, which made Henry react instinctively and go on full assault mode against the security forces sent to stop him, forcing him to escape into the sewers.

Chase in the Sewers

For weeks he was hiding in the sewers, living off from the rats and lizards that live in the sewers as well as attacking and gravely injuring whatever agents were sent to stop him. After a few days, a group took the chance to enter the sewers and search for Henry. The group was led by Xavier alongside his first students Cyclops and Jean Grey. Scott managed to find Beast who went to attack the group, but thanks to a timely, yet harmless optic blast, he was kept at bay, prompting to a chase around the sewers to stop Henry from harming more people.

Once the trio got Henry cornered, Scott managed to subdue him with his optic blasts, allowing Xavier to restrain him telekinetically while Jean uses her telepathy to enter Henry's mind. Inside, Jean managed to appeal to his intellect and suppress the savage side of his mutation, making him regain his human intelligence and ability to speak. However, it didn't help to make Henry return to human form. Xavier explains Henry that he's a mutant, and his tense episodes kickstarted his mutation. Feeling a lot of remorse for the thing he did while transformed, he wants to atone for everything, asking Xavier for his help, to which he concedes with Henry joining his group of mutants.

Genetic Atavism: It is possible that Beast's mutation is a result of genetic atavism (or genetic traits that resurface in a species after many years of dormancy).

Genius-level Intellect: He possesses a genius-level IQ, with extraordinary expertise in politics, social work, electronics and other subjects. Beast is also an accomplished keyboard musician.

Hand to Hand Combatant: The hyperactive Beast is an excellent hand-to-hand fighter. He typically uses a freestyle form of combat, that allows him to make full use of his great strength and agility. During times of anger, however, the Beast is known to resort to brawling and street fighting tactics.

Retrieved from "https://marvelcomicsfanon.fandom.com/wiki/Henry_McCoy_III_(Earth-120986)?oldid=255249"
Community content is available under CC-BY-SA unless otherwise noted.