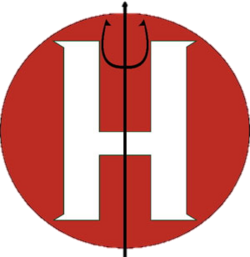 The Hellfire Club began in England as a social club for the social elite and wealthy in the 1760's. At some point, a handful of the most powerful members emigrated to the American colonies and began a branch in New York City and other major cities around the world.

The purpose of the Hellfire Club is to obtain and exert power through politics and economic influence instead of outward conquest and domination. Since its foundation, the Hellfire Club had been involved in wars and assassinations as long as these helped further the agendas of the Club's most prominent members.

The Hellfire Club membership is hereditary, but can also be earned through wealth or influence. Among the Сlub members there are many famous and influential members of society, the wealthiest and most powerful businessmen of the world, including Tony Stark and Norman Osborn. While many accept the invitation to join a Сlub just for the pleasures that he offered, many others looking for ways to obtain more wealth and influence.

The constant intrigue, backstabbing, blackmailing and politicking that plagued the Hellfire Club resulteded in many changes of the Inner Circle, as new players sought out membership in order to obtain influence, power and wealth. Although the hierarchy of the Inner Circle would go through constant upheaval due to the competing egos and political motives of its members, it continues to exist in the same basic structure today.

Members outside the Inner Circle's

The following characters were members of the Hellfire Club but were not part of the any of the Inner Circle lineups mentioned above. Their membership was inherited from their ancestors or parents, or was obtained through from personal invitation from the Branch's King.

Retrieved from "https://marvelcomicsfanon.fandom.com/wiki/Hellfire_Club_(Earth-1010)?oldid=189757"
Community content is available under CC-BY-SA unless otherwise noted.