Guardians of the Galaxy: Gauntlet of Infinity is a film taking place in Earth-77, the Community Marvel Cinematic Universe.

The film opens with a shot of deep space that slowly fades into an ancient hieroglyph of outer space. Adam Warlock narrates.

"Since the dawn of time, there have been artifacts with the power of destroying everything. I was created by the Celestials themselves to keep the artifacts from falling into the wrong hands. But now, we are all in danger."

We cut to Adam Warlock meditating in some chamber made of pure gold. Suddenly, there is an explosion. Several green aliens rush into the chamber, all wielding laser blasters. Warlock gets up, and releases a huge burst of yellow energy that kills all the aliens. He realizes something, and rushes out of the chamber. He goes into another room but sees that the Infinity Gems are missing.

We see Kl'rt, commander of the Skrull soldiers. Lyja, his second-in-command, approaches him and tells him that Thanos has retrieved the Gauntlet, and wishes to form an alliance with the Skrulls so that they may rule together. Kl'rt doesn't trust Thanos, and sends Lyja to tell him that the Skrulls won't give up these weapons of mass destruction so easily.

Lyja takes off, and Kl'rt gets up. He walks over to a shelf where the Gems are all sitting in different glass containers. Kl'rt smiles, and tells some Skrull slaves to take the Time Gem out. We cut to Earth, 1970, and see a man named Michael Korvac having a romantic picnic with his wife, Carina. Michael proposes to her, and she says yes. They have a romantic moment, when out of nowhere the Skrull spaceship, Tarnax IV, appears in the sky, and beams Korvac up into their ship.

Korvac struggles to escape, but the gravitational beam is too powerful for him get free. Carina yells for Michael, but is killed by a laser beam from the Skrull spaceship. Aboard the Tarnax IV, Skrull slaves tie Michael to a table and leave him there. Kl'rt walks up to Korvac and tells what's going on. Kl'rt says that the Skrulls are at war with the Kree, and a man named Thanos told them of six powerful artifacts that would help them win the war, but if they put all the objects together in a special Gauntlet, the power of the artifacts would be combined, and the wielder of the Gauntlet would gain omnipotence.

Kl'rt says that they didn't trust Thanos, so they just took the artifacts for themselves. Kl'rt reveals an ancient Skrull prophecy revealed that a man from Earth could help the Skrulls win an ancient war. The war with the Kree. Kl'rt tells Michael he is the man destined to help them win, but Kl'rt feels some "modifications" should be made. Kl'rt walks away and a slave walks up, holding the Power Gem on a special platter. The screen cuts to black as Michael screams in pain.

At an intergalactic bar, bandit Peter Quill is in a fight with some Rigelians. He gets beaten senseless, and the owner of the bar, Morg, kicks Quill out. Quill gets in his spaceship and takes off. Quill notices a shootout between two ships, one being piloted by Darbian police forces, and the other has been hijacked by Rocket Raccoon, an escaped convict. Rocket Raccoon shoots down the other ship and takes off. Curious, Quill follows him to the planet Cron.

Rocket and Quill are suddenly approached by a tall green man with a purple cape. He introduces himself as Drax the Destroyer. Rocket accuses Drax of trying to arrest him, so he pulls out a large gun and aims it at Drax. Quill freaks out, and tells Drax he didn't do anything wrong. Drax tells them he was sent by Adam Warlock. Rocket and Drax are speechless. At Adam Warlock's lair, Drax tells the two that he is a member of the Infinity Watch, a special team founded by Warlock to protect the Infinity Gems. However, the Gems were stolen by Skrulls, shapeshifting green aliens who have formed an alliance with Thanos, the Mad Titan.

Warlock himself walks into the room, followed by a green lady and a giant tree creature. The tree creature says "I am Groot", and Drax explains that those are the only words Groot knows how to say. The green lady is Gamora, a deadly assassin from Thanos's home planet. Adam Warlock tells Quill that his father, J'son of Spartax, was a member of the Infinity Watch before his death, and so Quill has been chosen to join the Infinity Watch and help them retrieve the Gems. Rocket asks why he was chosen, but Warlock tells him he just so happened to be there when Drax found Quill.

Adam Warlock, Peter Quill, Rocket Raccoon, Drax the Destroyer, Gamora, and Groot are all united at last. Quill tells them he doesn't think there's enough room in his starship for all of them, but Warlock tells him that's okay. Warlock leads them into the lair's hangar bay, where Warlock has a large ship for all of them to ride in. The ship's entry hatch opens, and Cosmo the Space Dog comes running out. He tells Warlock that the ship is ready for take-off. Quill asks about the dog, and Warlock tells him that Cosmo was a dog sent into space by the Russians who never came back. He was exposed to cosmic radiation and gained highly advanced intelligence. Or at least highly advanced for a dog.

They all get on board the ship, and Rocket says that a name like "Infinity Watch" just isn't dramatic enough. Rocket suggests they call themselves the "Avengers", but Quill thinks the name is just plain stupid. Rocket thinks for a bit and decides they should be called the "Guardians of the Galaxy". Quill says it's a little bit better, and Warlock tells Rocket that from now on that will be the new name. Quill asks where they're going, and Gamora tells him they're going to find the Tarnax IV, which is the Skrull Empire's imperial spacecraft.

Meanwhile, on the Tarnax IV, Kl'rt enters the lab where they are keeping Michael Korvac. Michael has been exposed to all six Infinity Gems repeatedly, and the power is clearly eating away at him. His flesh is covered in burn marks, his eyes are glowing orange, and he is constantly screaming in pain. He begs Kl'rt to let him go, but Kl'rt tells him that they aren't in his time anymore, or his solar system. Lyja enters the room and tells Kl'rt that Thanos has vowed genocide upon the Skrulls, but Kl'rt doubts it. Suddenly, the ship's emergency alarms go off, and they are under attack. Lyja rushes to see what's going on, and she sees Adam Warlock's ship attacking.

The Guardians enter the hangar bay and begin attacking the Skrulls. Kl'rt rushes to get the Gems, and out of panic he grabs the Power Gem and slams it into his chest. He tells Lyja that Warlock won't be a match for him now. Kl'rt rushes to the hangar bay and attacks them. Rocket repeatedly shoots Kl'rt, but it doesn't hurt him at all. Kl'rt tells them he is now beyond feeling pain, and he now has the ultimate power. Kl'rt grabs Rocket by the tail and smashes him into the ground over and over, killing him. Groot attacks Kl'rt, but Kl'rt impales Groot with his fist, which is now covered in cosmic energy. Groot tries to regenerate from where Kl'rt punched through him, but the energy eats away at Groot and disintegrates him. Drax pulls out his battle axe and slashes Kl'rt with it, but Kl'rt grabs the end of the axe and the energy goes down the handle and reaches Drax's hand, vaporizing it as well as the rest of Drax's body.

Kl'rt tells the two remaining Guardians that he can feel the power from the four he just killed, and suddenly Kl'rt transforms. Kl'rt's eyes glow yellow like Warlock's, he grows a tail like Rocket Raccoon, he becomes super strong like Drax, and his arms turn into bark-covered plant limbs like Groot's. Kl'rt realizes he is now more than just a Skrull... he is a Super-Skrull! Quill and Gamora run off, and Kl'rt pursues them. They split up, and manage to lose Kl'rt. Quill finds the Infinty Gems (except the Power Gem of course) and grabs them. He finds Gamora and asks her what to do. Gamora grabs the Time Gem and tells him they need to go back. Kl'rt finds the two, and is about to attack when they suddenly disappear.

The Guardians rush into battle and kill several Skrull soldiers, including Lyja. They find the Infinity Gems and take them, rushing onto the ship. Before they leave, Groot tears the Power Gem out of Kl'rt's chest, and takes it with him. The Guardians take off, and Drax says they succeeded, and should all go celebrate. However, Warlock says they still have Thanos to deal with.

On the Tarnax IV, which is now filled with dead Skrulls, Korvac uses his new powers to break free. He enters the Hangar Bay and uses his powers to restore Kl'rt's soul, resurrecting him. Kl'rt thanks Korvac. Korvac tells Kl'rt that even though the Skrulls gave him his powers, they are all now his slaves. Korvac resurrects several dead Skrulls, including Lyja, and tells them to come with him.

Back at the Lair, Warlock tells the Guardians to rest, as they will need it for tomorrow. Quill asks Rocket what he's supposed to be, and Rocket says that he doesn't actually remember, but people call him a "raccoon". Rocket says he doesn't even know what a raccoon is. Quill says that, on Earth, Raccoons are annoying rodents that eat garbage all day. Rocket is offended by the fact that's what people keep calling him.

Quill walks around the lair and looks around. He comes across Gamora, who is training to kill Thanos. Quill asks Gamora why she's so determined on killing Thanos, and Gamora says that he killed her family and raised her as his own child, lying to her for several years until she found out who her family really was. That's when she joined the Infinity Watch. 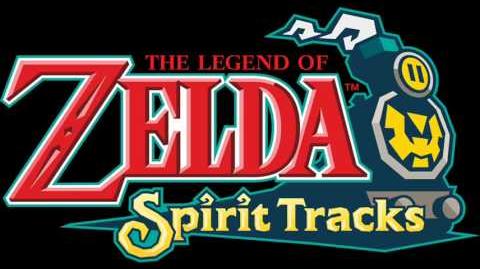 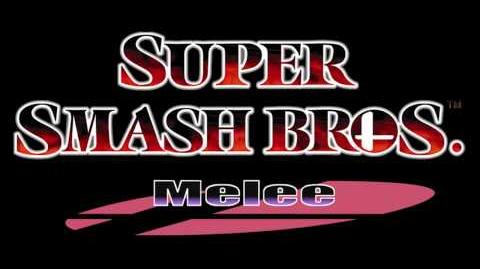 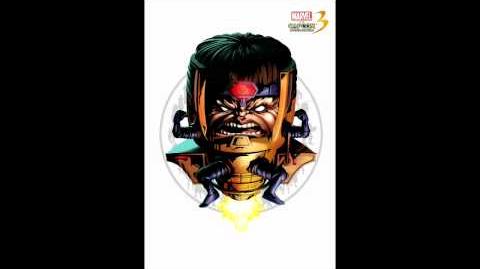 Marvel vs Capcom 3 - Theme of M.O.D.O.K
Attack on Tarnax IV 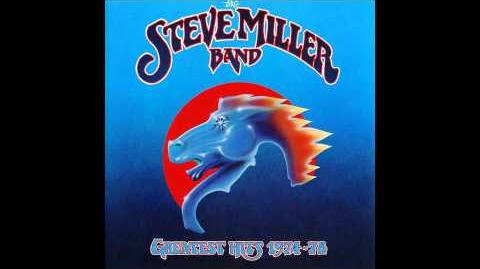 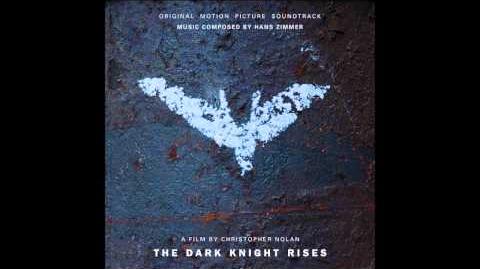 The Dark Knight Rises Soundtrack - 07 The Fire Rises
Attack on Ariston
Add a photo to this gallery
Retrieved from "https://marvelcomicsfanon.fandom.com/wiki/Guardians_of_the_Galaxy:_Gauntlet_of_Infinity?oldid=210872"
Community content is available under CC-BY-SA unless otherwise noted.