Groot was forced into a life of crime after being exiled from his home planet, getting involved with Rocket Raccoon, who he later joined the Guardians of the Galaxy with. Groot finally felt like he had a place to belong and a purpose. The Guardians went on to join the Ultimate Alliance and fight against the Cabal. 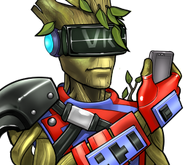 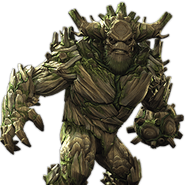 King Groot
Add a photo to this gallery
Retrieved from "https://marvelcomicsfanon.fandom.com/wiki/Groot_(Earth-6110)?oldid=252472"
Community content is available under CC-BY-SA unless otherwise noted.