The Griever at the End of All Things 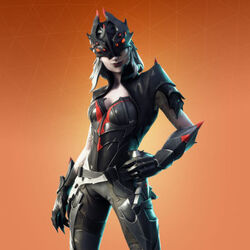 The Griever at the End of All Things
Identity

You are not worthy of the power you wield! You will not be the cause of the end. I will!

Ever since existence exploded into being, the Griever has been there. Her sole purpose as a cosmic entity is to extinguish life that has overstayed it’s welcome in the universe, and to grieve for it when no one else will.

For as long as she has been alive, she has been waiting patiently for the end of all things, so that she can grieve one last time before passing on. That is why when she discovered Thanos’s quest for the Infinity Stones, she became overjoyed, believing his recklessness will consume all of reality.

Misguided as she may have been, the Griever interfered at every possible opportunity to stop the likes of the Avengers and the Fantastic Four from preventing Thanos’s destiny. However, she eventually came to realize that he intended to use the Stones to rule over all of reality, and she became appalled.

She turned her power onto Thanos in the hopes that a clash between the two of them would destroy everything, but she ended up being no match for the combined power of the Infinity Stones. Thanos used a combination of the Reality and Space Stones to create a pocket dimension of infinite blackness, where he banished the Griever. Stuck there, she was left to grieve for herself, infinitely unable to pass on.

Retrieved from "https://marvelcomicsfanon.fandom.com/wiki/Griever_at_the_End_of_All_Things_(Earth-101)?oldid=250197"
Community content is available under CC-BY-SA unless otherwise noted.