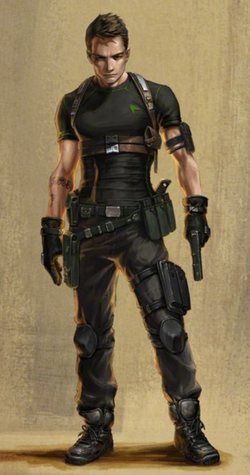 Grant Ward is the middle child of three brothers. His older brother, Christian, would mentally torture Grant by forcing him to abuse their younger brother, Thomas. At the age of 16, Grant left his family to enroll in military school. However, one day he returned home to try and make amends, but ended up burning the house down instead.

He was transferred to a juvenile detention center, where he was found by John Garrett, a secret Hydra agent within S.H.I.E.L.D. Garrett extended an offer to help save his life. Grant accepted and then spent the next six months in the woods to learn to care for himself.

After he proved himself to Garrett, he was accepted into the S.H.I.E.L.D. Academy, where he passed with flying colors. He was then put out into the field, where he secretly began enacting Hydra’s agenda.

He was eventually recruited by Phil Coulson to join his team, and saw it as an opportunity to take out one of S.H.I.E.L.D.’s highest ranking agents. However, he was met with an unexpected complication in the form of Daisy Johnson, who he slowly began to fall in love with.

They briefly attempted a relationship, but it was upended when Hydra revealed themselves and he was forced to betray his team. Even after Garrett’s assassination, Ward felt he had no other choice but to be loyal to Hydra. He wound up working his way through the ranks, and even formed a personal vendetta against Coulson.

He was eventually chosen by Baron Strucker to lead an expedition through a monolith to the planet Maveth, with the intention of bringing back the ancient Inhuman Hive, for whom Hydra was modeled after. Ward perished on the mission at the hand of Coulson, although his body was repurposed by Hive, who used it to return to Earth.

Retrieved from "https://marvelcomicsfanon.fandom.com/wiki/Grant_Ward_(Earth-101)?oldid=250543"
Community content is available under CC-BY-SA unless otherwise noted.