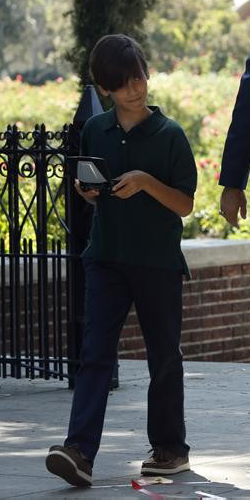 George Talbot is the son of Major Glenn Talbot and Carla Talbot.

George Talbot was with his parents as they walked through Potomac Plaza in Washington, D.C. discussing his future. The eleven-year old told his parents that since he liked boats, he wanted to be in the Navy. After Antoine Triplett planted a phone on Glenn so Phil Coulson could warn him about Absorbing Man, George was grabbed by his mother and told to flee.

Later, after Glenn was kidnapped and placed in the Cage, Coulson brought up George to anger Glenn to get fingerprints from him.

Retrieved from "https://marvelcomicsfanon.fandom.com/wiki/George_Talbot_(Earth-1010)?oldid=99153"
Community content is available under CC-BY-SA unless otherwise noted.