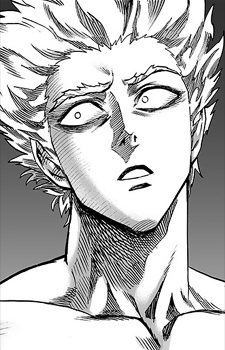 Single
Occupation
Assassin, adventurer, formerly president of Rand Enterprises
Education
High School; is very knowledgeable when confronted with problems or situations a man of his age should solve
Origin
Origin
eldest son of Iron Fist, exiled from K'un-Lun for treason against the Immortal One and his lust for power.
First appearance
Unknown

I deserve the that Fist more than anyone else! Even more than Danny! But, there are other ways of achieving greater power than that of the Immortal Iron Fist

Genso (元祖, Ganzo), born in K'un-Lun, is a former disciple of Iron Fist but was exiled for treason against the Immortal One, disobeying direct orders, and conspiring to murder his master out of his hunger for power. He is a well known threat to the X-Men and the Avengers, capable of wiping out half a team single-handedly. He is classified as a Beta to Alpha-Level threat to heroes and villains alike despite being only human.

Ganzo is a young man with sharp features, and has a very slim yet muscular physique. While not being particularly large in size, he's more than capable of handling beings larger in size than he is. Before his exile, he commonly sported traditional white martial-arts robes, a long red belt commemorating his rank among other students, with black Tai Chi slippers as footwear. After his exile and encounter with the X-Men, he has since then sported a tight, black long-sleeved shirt with black, loose-fitting martial arts pants. He still wears the same slippers, similar to his former master. After his ferocious battle with Earth's Mightiest Heroes and shortly after his "awakening", Ganzo's appearance changed quite drastically, as he was now never seen with upperbody wear, his eye color shifted in tone to a white color, and his skin became more armored-like and metallic. His hair also spiked up in an uneven fashion, as well as resembling the same metallic look as the rest of his body.

"Awakened Gan"(目覚めたガン, Mezameta gan) is what Iron Fist calls him after absorbing the full might of Shao-Lao the Undying.

After defeating multiple heroes such as Spider-Man, Black Widow, and Luke Cage, battling the X-Men single-handedly, and fully absorbing the might of Shao-Lao the Undying, his mutation finally gives way. His body slowly becomes metallic-like, he develops metal claw-like fingernails, and his hair raises up at two pointed tips. Due to absorbing Shao-Lao's dragon energy, his entire body becomes dragon-like as well, growing scale-like armor plates.

By the time he battled and defeated the X-Men for the third time, it was noted that his abilities were now elevated to a significantly higher degree, and his full potential is near-limitless. In this instance, his threat level is raised from Alpha Level to potential Omega Level.

Retrieved from "https://marvelcomicsfanon.fandom.com/wiki/Gens%C5%8D_(Earth-616)?oldid=233660"
Community content is available under CC-BY-SA unless otherwise noted.