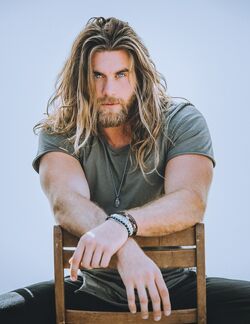 Your guardian angel is here!

Archangel was born Thor Heinrich Østergaard Worthington to Warren Worthington III, the original Angel, and Brigitta Østergaard, a doctor who immigrated from Switzerland. By the time he was six years old, he began to develop his abilities such as gaining large white wings like his father's iconic wings. Warren was happy that Thor was going to have abilities like him, but his mother started to become worried.

By the time he started elementary school, Thor was playing kickball with his schoolmates at recess and the ball got stuck on a tree. Thor decided to retrieve it until one of the branches broke, causing him to fall, much to the horror of the students, until Thor's wings were revealed, saving him from hurting himself, and catching the attention of the school principal who witnessed the scene.

This struck a nerve for Brigitta, and Thor was taken out of the school despite nothing bad happening to him. For the next couple of years, Thor was homeschooled by tutors. During that time, Thor's new power was awakened: photokinesis, which he slowly started to master on his own until Warren enrolled him in the Xavier School for Gifted Youngsters, so he had to persuade Brigitta to let him go back to school, and she finally gave in, much to Angel's delight. As he was getting enrolled, Warren legally changed Thor's name to Gabriel, in order to avoid confusion with Avenger Thor Odinson, and on the first day he was met by students who were mutants like him.

By the time he graduated from the school, Gabriel took part in vigilantism, taking on criminals who threatened innocent lives thoughout New York City while his father fought in the X-Men before they split up due to tensions. After the split of the X-Men, he met and fell in love with Salem Jones-Whistler, also known as the Black Warlock, after the blessing of Salem's adoptive mother, Etterlene "Effie" White-Morrison, Gabriel proposes to Salem and is engaged to him till this day as they plan their wedding.

Wings: Like his father, Archangel has the superhuman ability to fly, his wingspan being sixteen feet from wingtip to wingtip. He possesses fully feathered wings that are flexible like a bird and has the strength to break a man's arm and can even shoot out feather projectiles at the enemy. He even has the ability to hide his wings from the public.

Aerial Adaptation: Like his father, Archangel's body is adapted for flying, from his bones which are hollow like those of a bird, and has great lung capacity that he can take in greater amounts of oxygen. He is able to withstand the low air pressures like the Arctic and fly at 10,000 feet at the highest and be able to withstand flying out of the Earth's atmosphere.

Photokinesis: Archangel is able to create and manipulate light from his X-Gene. With this power, he can perform different abilities such as hard-light construction, prism beams, and healing. He can even engulf his wings in his light which allows him to fly faster, almost at warp speed.

Being of Swiss and Danish descent, and is fluent in Swiss, German, and Danish.

Equipment: Archangel's X-Suit which was designed by his mother.
Transportation: His own wings.
Weapons: No official weapons. His weapons are created by hard light.

Retrieved from "https://marvelcomicsfanon.fandom.com/wiki/Gabriel_Worthington_(Earth-7090)?oldid=267785"
Community content is available under CC-BY-SA unless otherwise noted.