I punish those who hurt the innocent.

Frank Castle is a former marine who lost his wife and children to a mob shootout. He then set out to avenge them by killing as many criminals as possible. He quickly earned the alias of the Punisher, and was eventually recruited by Nick Fury to join the Ultimate Alliance and fight against the Cabal. 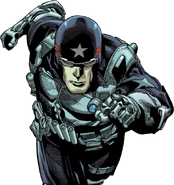 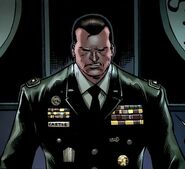 Frankencastle
Add a photo to this gallery
Retrieved from "https://marvelcomicsfanon.fandom.com/wiki/Frank_Castle_(Earth-6110)?oldid=252476"
Community content is available under CC-BY-SA unless otherwise noted.