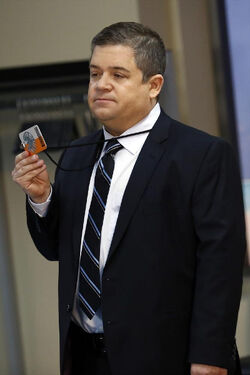 Agent Eric Koenig is a S.H.I.E.L.D. agent, and a confidante of Director Nicholas Fury. After the Battle of New York, Agent Koenig was transferred to a secret base in Canada that he dubbed "Providence." His mission there was a highly classified need-to-know assignment from Director Fury himself.

When Agent Coulson and his team arrived at Providence, Koenig was there to greet them. Taking Coulson aside, he explained that Fury was still alive, after broader S.H.I.E.L.D. communications had indicated his death, but that his survival was to be known to only a select few.

Retrieved from "https://marvelcomicsfanon.fandom.com/wiki/Eric_Koenig_(Earth-1010)?oldid=99998"
Community content is available under CC-BY-SA unless otherwise noted.