Eric Brooks is a half-human, half-vampire monster slayer. He is pure of heart and dedicated to protecting the innocent. He was eventually recruited by Nick Fury to join the Ultimate Alliance and fight against the Cabal to save the universe. 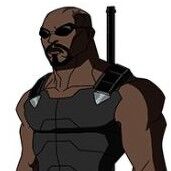 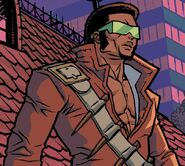 Spider-Hero
Community content is available under CC-BY-SA unless otherwise noted.