This Universe is based of the Prime Marvel Universe and the Ultimate Universe but it's a completely different one. This is because the heroes and villains are not the ones we knew. This is fan-service, this universe is based of Marvel 2099 and another character swap backstories (the same idea from my Earth-TRN145 universe).

There's a another mutant, more powerful than others combined. Another Mimic - got Power Absorption, Mimics any powers from any super-powered beings every time he sees and uses. But unlike Rouge, Carl Creel and Original Mimic he's an energy being Mutant that can take any form and uses his powers better to control properly and uses his energy to absorb but sometimes touching. His name is Mimic Kid or Unknown Mutant.

Every Event I chose are from Comics, Animated TV, Movies and others.

My own AVENGERS (My Username on my fan art.) 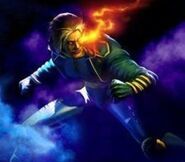 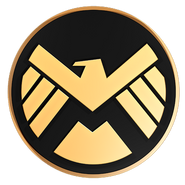 S.H.I.E.L.D
Add a photo to this gallery
Retrieved from "https://marvelcomicsfanon.fandom.com/wiki/Earth-9271363?oldid=272555"
Community content is available under CC-BY-SA unless otherwise noted.