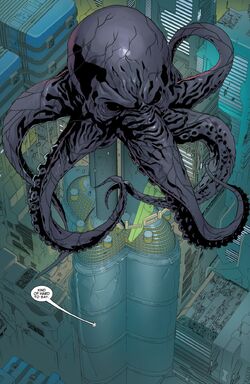 In this reality, every hero disappeared except for Captain America, who was frozen for 200 years until being found and unfrozen by Orion. Later, a giant Kraken from Atlantis attacked the surface world, and was eventually killed by the Avengers to save human- and mutantkind.

Retrieved from "https://marvelcomicsfanon.fandom.com/wiki/Earth-619?oldid=235825"
Community content is available under CC-BY-SA unless otherwise noted.