Start a Wiki
Yet another cinematic universe... 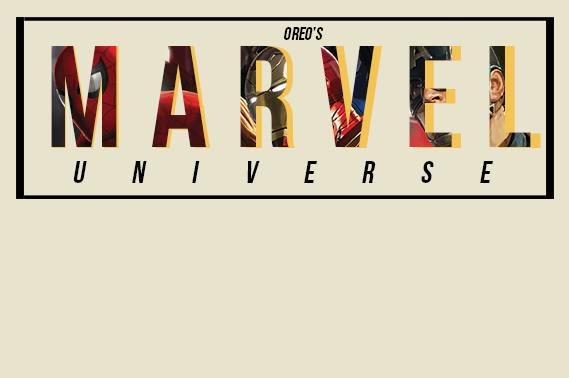 Marvel Cinematic Universe A reimagining of the greatest cinematic franchise in movie history by another douchebag..
Created by: Milkshake & Oreos

Earth-5070, also known as the Oreoverse, is the canon Milkshake & Oreo fictional Marvel universe/reality containing all of the original Marvel characters in a live action format. This is the author's version of the Marvel Cinematic Universe, redrafted nearly a hundred times, and hopefully the final version.

This cinematic universe presents many inter-connected franchises, superheroes, storylines, movies and television series, such as the Avengers, Spider-Man, X-Men, Guardians of the Galaxy, & the Fantastic Four. 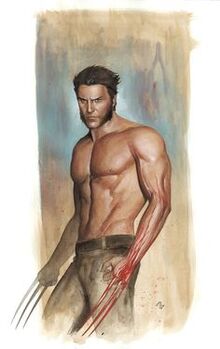 "Wolverine" 2005
Directed by: James Mangold - Written by: James Mangold, Bryan Singer
The first film in the Marvel Cinematic Universe, Wolverine is directed by James Mangold, who also directed Wolverine Unchained, the second Wolverine film, and the Marvel Cinematic Universe's final film, Logan, which also happens to be the third and last solo Wolverine outing. Starring Hugh Jackman as the Wolverine, Liev Schriber as Victor Creed/Sabretooth and Dolph Lundgren as Omega Red, this film is about Logan, a mutant 'cursed' with immortality and deathly powers who has cast himself out of humanity, and remembers nothing about his past. However, he is spun into a mission to assassinate the supernatural serial killer, Omega Red, joining forces with his blood brother, Victor Creed, who seems to be keeping more than a few secrets from Logan, who will do whatever it takes to regain his sanity and unravel the truth behind what his very existence.
2 | 9 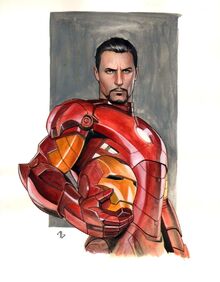 "Iron Man" 2006
Directed by: Jon Favreau - Written by: Mark Fergus
Eccentric genius billionaire playboy Tony Stark has everything what an ordinary man dreams of: wealth, fame, power; Running the revolutionary weapons dealing company, Stark Industries, after his father's death, Tony Stark must suddenly face the consequences of his own results, as he is ambushed by terrorists and forced to build a devastating weapon. Instead, Stark builds an armored suit and escapes. Returning to the United States and traumatised and enlightened by his experience, Stark bans weapons trading in his company and uses the upgraded suit of armor as a deterrent against terrorism, which he inadvertently created due to his own weapons. The film stars as Robert Downey Jr, Gwyneth Paltrow, Jeff Bridges and Don Cheadle and the second MCU film.
3 | 9 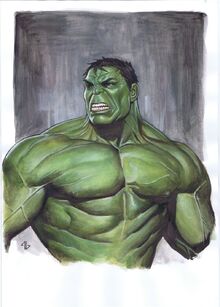 "Hulk" 2006
Directed by: Louis Leterrier - Written by: Zak Penn
Bruce Banner is a brilliant physicist and a humble, harmless man, who, despite his abusive family background, remains calm and collected. When he is inadvertently exposed to gamma radiation in a recreation of the Super Soldier Program, Banner is transformed into the green, raging monstrosity, now dubbed as the Hulk. Labelled as a fugitive, Banner desperately tries to stray away from the limelight and maintain his calm and collective attitude. However, the dark memories of his childhood starts to creep into his mind, and it is inevitable that the Hulk comes out smashing. Starring Mark Ruffalo as Bruce Banner/Hulk, Jennifer Garner as Betty Ross, William Hurt as Thunderbolt Ross, Tim Roth as Emil Blonsky/Abomination. My goal with this movie is to improve the storyline and develop Emil Blonsky as a villain.
4 | 9 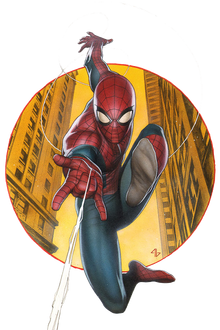 "Spider-Man" 2006
Directed by: Sam Raimi - Written by: Jonathan Goldstein, John Francis Daley
Peter Parker, an intellectual social outcast is a junior high schooler, who receives the bite of a genetically modified radioactive spider, that grants him superhuman strength, amazing speed, agility, reflexes and acrobatics, the ability to cling on to any intrinsic surface, sense any form of imminent danger seconds into the future and shoot webs. Initially terrified, Peter uses his powers for his own agendas, however, that lead hims into a tragedy which leads him to realize, that with great power, there must also come a great responsibility, and so he devotes his life to fight crime as the Spider-Man, who has to face the mysterious Vulture, all in the same time, while balancing his life as a high-school student and sorting out family problems. Starring Logan Lerman as Peter Parker/Spider-Man, Cara Delevingne as Gwen Stacy, Adrian Toomes as Adrian Toomes/Vulture, Nina Dobrev as Liz Allan, Marisa Tomei as May Parker.
5 | 9 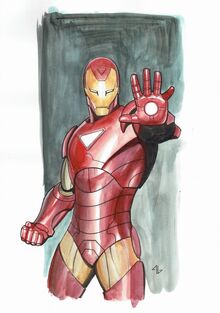 "Iron Man 2" 2007
Directed by: Jon Favreau - Written by: Justin Theoreoux
Taking place a year after the events of the first film, Tony Stark is under fire and the center of the media's attention, after publicly revealing his identity as the Iron Man. But things don't look too good for the metalhead. He's dying of heart poisoning, his suits are being taken away, he is diving deeper into his alcoholism issues, and being eyed by SHIELD and it's director' Nick Fury, who threatens to arrest him if he doesn't comply with them and take down the terrorist organization, AIM, a subsidiary of a larger, mysterious organization, who has stolen the Iron Man technology and replicated it to create Crimson Dynamo; but who could the man underneath the crimson metal be? Starring RDJ, Samuel L. Jackson, Clark Gregg, Antonio Banderas.
Retrieved from "https://marvelcomicsfanon.fandom.com/wiki/Earth-5070?oldid=235106"
Community content is available under CC-BY-SA unless otherwise noted.