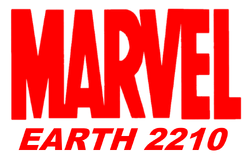 Parker Parker's uncle Ben does not die in this multiverse timeline it is his Aunt May that dies instead.

Retrieved from "https://marvelcomicsfanon.fandom.com/wiki/Earth-2210?oldid=231753"
Community content is available under CC-BY-SA unless otherwise noted.