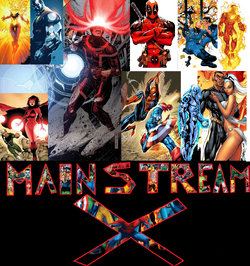 In 2015, Earth-166 experienced a comic reboot, in fact a combination of DC's New 52 and Marvel's All-New All-Different reboot for Earth-616. The following titles are published under the Sensational Sixty reboot: