Earth-1111, also known as Astonishing Universe sets the stage of a Super-Human Reality, where Super-Heroes roam the Earth and Space, where villains concoct diabolical schemes and ordinary people lead on to their daily life's. This Reality has all the features of our reality: with the same personalities and many of the same historical events. The Astonishing Universe is an Alternate Universe from Earth-616. As for the Characters, they are mostly based from Earth-616 but uses elements and designs from Earth-1610 and Earth-199999. Earth-1111, similar to Earth-1610 updates and modernizes classic characters for newcomers from their origins to their costumes. For example, Spider-Man gained his powers from a stolen Oscorp spider induced with Super Soldier Serum in the middle of a fight between Daredevil and the Black Cat or the Fantastic Four gaining their abilities from a wormhole instead of cosmic rays.

The tradition of using costumed secret identities to fight (or commit) evil exists in this world. Perhaps one of the earliest known examples originated during World War II, with the creation of Captain America. The Fantastic Four then inspired the United Nations and S.H.I.E.L.D. to create the government-sponsored team of Enhanced individuals; The Avengers. The X-Men consists of various mutants brought together by Professor X. Crime and evil also exist, with major villains including Magneto, Doctor Doom, The Red Skull and the Kingpin of Crime.

Before the Big Bang, there were six singularities. These opened up and their resulting Big Bang created the universe. The six then compacted into primordial nuggets that came to be known as Infinity Gems.

One million years ago

Celestials, cosmic entities visited Earth one million years ago and experimented on early humans (a process also conducted on other species like the Skrulls, Kree, Chitauri etc). This resulted in the creation of mutants as well.

The 1940s were a tumultuous time on Earth. Depression years and racial disharmony in Europe sparked a Second World War that pressed various factions into a technology race. While Nazi forces occupied much of Central Europe, Hydra was making gains in unconventional warfare.

In order to turn the tide of the war, the United States government tasked Abraham Erskine and Howard Stark Sr. with creating an army of Super Soldiers to push Hydra and the Nazis back. Erskine developed a Super Soldier serum that was to transform a soldier from an ordinary man into something altogether stronger, faster, and more resilient. As a result of this experimental process, Steven Rogers became the world's first superhero, "Captain America", but not without cost. Erskine was assassinated and most of the remaining samples of the serum were destroyed before the project could be pushed into widespread use. Rogers and his Howling Commandos defeated Schmidt, all but destroying Hydra in the process, but at the cost of Captain America himself being listed as missing in action.

With Captain America's sacrifice helping the Allies win the war, the world entered an age of peace. Once the war was over, the United States funded a secret organisation based on protecting the world from Enhanced and Mutant threats called the Strategic Homeland Intervention, Enforcement and Logistics Division (S.H.I.E.L.D.).

Arc I: Age of Heroes

The dawn of the superhero age might have looked like a brief spark to those who grew up reading the exploits of Captain America, but it was soon to flare into a far brighter flame. In 2012, scientists and couple Reed Richards, Sue Storm and Victor Von Doome were assigned by the United States army to replicate Abraham Erskine's Super Soldier formula, Richards came up with the idea that dark matter and extra-dimensional energies can be the key to unlocking the secrets to the Super Soldier Serum, the army granted Richards and Storm the funds to build a state of the art ship to look for wormholes near the moon's atmosphere, Richards called in his childhood friend and state of the art engineer Ben Grimm while Sue called her younger brother Johnny to help build the ship. After it was built, the five went to investigate the wormhole but were sucked inside of it being basked in the dark matter and extra-dimensional energies.

The four crash landed back to Earth only to find out that Victor was missing and that they had been gone a year and had gained superhuman abilities. The U.S. Army spent months studying and testing their powers until the four had to reveal their powers to the world when the Mole Man attempted to take over Manhattan, this public dispute would spark the Age of Heroes as others would come out of the shadows and use their powers to help others, people like Iron Man, Daredevil, Spider-Man and the X-Men and leading to events like, the birth of the Hulk, Captain America being discovered in Antarctica, the formation of the Avengers, the Attack of Ultron and others.

The Arrival of Galactus

Arrival of Galactus is the first event of the Astonishing Universe uniting all of the Earth's heroes to battle Galactus...

The events of Galactus' attack on Earth has left the Astonishing Universe changed forever. Nine Months after the superheroes keep on continuing with what their doing, with the traumatic events of the attack still effecting them, meanwhile new heroes and villains are emerging from the rubble.

In an alternate future averted by Cable, Galactus invaded Earth in 2014 and wiped out Earth's superheroes in what would be called the Superhero Massacre, Galactus decided the Earth had potential and instead of devouring it, he made it his permanent base of operations while he ruled it with an iron fist. The heroes who survived went into hiding.

After some years, Matt Murdock would grow tired of the oppression and returned as Daredevil. His heroic return would also inspire other heroes to come out of hiding, the ones who did, Daredevil formed a team with; the Knights. The Knights was compromised of Spider-Man, Wolverine, Quicksilver and Iceman. Daredevil would go on to find Nathan Summers, the son of recently deceased ex-superheroes,Cyclops and Marvel Girl, Daredevil went on to take Nathan in and train him in combat and weapons. 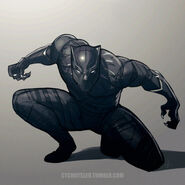 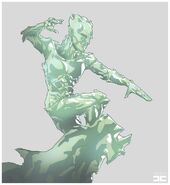 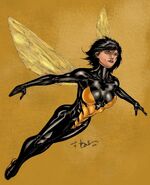 Wolverine
Add a photo to this gallery 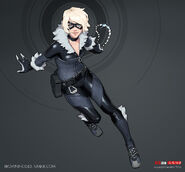 X-23
Add a photo to this gallery 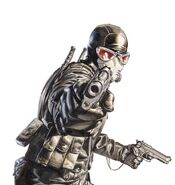 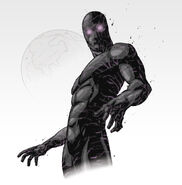 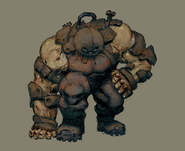 Winter Soldier
Add a photo to this gallery

Retrieved from "https://marvelcomicsfanon.fandom.com/wiki/Earth-1111?oldid=230992"
Community content is available under CC-BY-SA unless otherwise noted.