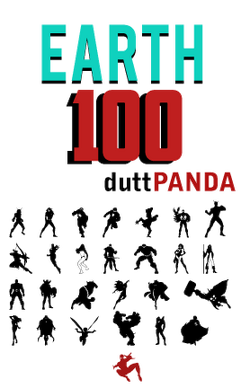 In the beginning, there was Nothingness. In that Nothingness, there were only abstract forms of cosmic energy called the Phoenix Force floating around, until at one point the Phoenix Force collided together to create the Big Bang that ultimately created the universe. The Phoenix Force was then contained in six primordeal nuggetary sustainers called the Infinity Stones, each containing different powers of the Force.

An intergalactic bounty hunter of a different universe, Thor Malekithson, the wielder of the cosmic sword, the Astur, being rendered insane after the death of his father, Malekith, a dark elf, gathers his own army of dark elves and enhanced extraterrestrials all around the interstellar to aid him plunge all the nine realms into darkness by the Convergence, as to fulfill the wish of his deceased father.

Heroes of Earth-16101 and Earth-61657 (with 61657 being the mainstream timeline and 16101 being the Ultimate) were sucked into darkness by the Convergence and collided together to cause the Big Crunch. Soon the remaining seven universes got information of a harbinger of an apocalypse caused by the unstoppable Convergence. Reed Richards of the fifth universe, along with the other remaining Reed Richards, creates a Lifeboat, to save one portion of humanity. When Skrulls discover that there is a lifeboat that can teleport anyone within it to an entirely different galaxy with nine other different universes, the Skrulls attack Earth in order to grasp hold of the Lifeboat. Eventually, the Lifeboat malfunctions due to heavy damage, and collides with an incoming black hole to teleport the whole universe into the bridge to the remaining universes of their galaxy, causing the core of the remaining seven universes collapse, completely vaporizing the remaining universes.

Elsewhere, the singularities, Death and Eternity and the other Elder Gods confront Thor Malekithson and prohibit the Convergence to take full effect. Midst, the Mainstream Universe and the Ultimate Universe which is apparently destroyed, really isn't. The core of the two universes remained intact and mysteriously formed another core, not only creating another universe, but also reforming the Mainstream and Ultimate universes and suddenly becoming intact. It is exploited that the entity Singularity has Eternally punished Itself to absorb all the damages and changes in the three universes to completely alter history and Time to create an All-New All Different Marvel.

As life and civilization became advanced over the years, and the Nine Realms each settled, intelligence grew around the galaxy, and inventions and ideas dispersed. Throughout centuries of evolution, finally science found out the purposes of the Infinity Stones, and many tyrannical warlords set out for the hunt of the Infinity Stones. Centuries passed to the current timeline, the age of heroics and supernatural forces. Mutants, superhumans, inhumans, cosmic beings, super agents, mystical entities, all rose, to finally dawn the Era of Earth-100.

Spider-Verse- Spider-Man, Spider-Woman, Ultimate Spider-Man and2099, need say more? The ultimate alliance of Spider-Men around the world unite forces to patrol crime over the mean streets of New York! This is a whole new reality of the web warriors! New tales! New villains! New everything!

All New All Different Avengers- The new Avengers are here; Wolverine (X-23), Thor (Valkyrie), Electro, Iron Man, Ant-Man and Hulk! When a cosmic threat hurdles and tangles these heroes together to create one amazing alliance, the Avengers are born!

Alias X- Mutants and Inhumans have officially waged war against each other! Blackagar Boltagon and his Inhuman evolution, who are official allies with the American government, have clashed with the mutants! The X-Men are now rogues and vigilantes! Anyone with an alias or relation with Professor X and his Uncanny X-Men, will be immediately arrested or assassinated! Lash, the Inhuman bounty hunter is on the fresh hunting rogue and vigilant Mutants! Can the X-Men survive from the Inhumans?

Deadpool and Daredevil: The most unlikeliest folks have united to take down a powerful foe; however, our same old hilarious Deadpool has made his task more than assassinating crime lord Kingpin, and he's dragged his 'temporary' partner Daredevil into the most irrelevant and bizarre journeys, through Arcadeland to the space. Results can not really turn out satisfactory, can it?!

Old Man Logan: The all new all different Wolverine is here! Truth be told; he ain't really new. With his regenerative healing factor removed and his age increased, James Howlett, is now a nobody! He is the owner of a small bar where gangsters usually chill (they are gangsters; and how do they chill without any gunfight or whatever?!), he is a world traveler on the hunt for some old "bubs," and he is a frequent collaborator with his former family, the X-Men. Even if Wolverine is totally out of business, Logan still will probably never get out of the supers, ever.

Stephen Strange, Hellraiser: Doctor Strange is trapped in hell, thanks to the old tricks of Loki (who has turned into a teenager) and Dormammu! While being in inferno, Doctor Strange is bent on righting the wrongs of the most notorious and scandalous souls and demons inside! Doctor Strange and his demonic allies, the Hellraisers, who are considered the most confusing entities within the spiritual realm, are raised out of inferno due to their complex alignment (Doctor Strange is a superhero in Earth raising his own army of demons who are all wishing to be angelic?! What the hell?!). The Lawbreaker of Hell, an angelic spiritual representative strikes up a deal with Stephen Strange; that he and his Hellbreakers get immunity for their sins by wiping out the evil within the spiritual realm!

Outcasts: Many have attempted to shine up their careers in the world of superheroes, but some have failed miserably. Those superhuman outcasts have since become more arrogant, prejudiced, badass, hot-tempered yet still sided with good; when they are all considered freaks, the likes of Howard the Duck, Squirrel Girl, Dazzler, Hellcow and Darkhawk, obscure and uncared ex-wannabe-superheroes form an alliance, naming themselves as the Outcasts, the once jolly and merry group, now brutal and gory glory seizing group that horrendously punishes criminals by obnoxious ways gain immense popularity from their newfound egos. Such a dark group, can it really continue?!

Sorority Six: The Sinister Six, (consisting of Madame Octopus, Black Cat, Silver Sable, Tigra, Pyro and Barrier) an all-new female Spider-Man hate crime group is broken out of jail by a mysterious alias simply known as the Gentleman, who forces them into selection two options; prosecution or fighting justice in the rowdy streets of Harlem, Manhattan and Los Angeles and no other place; fearing the power of the completely mysterious Gentleman, the Sinister Six transforms into the Sorority Six, crimefighting reluctantly under the complete watch of the Gentleman; midst, they all try to deduce who the Gentleman really is and what he is really doing. Now, this is one twisted, sadistic and bozo comic!

Retrieved from "https://marvelcomicsfanon.fandom.com/wiki/Earth-100?oldid=254830"
Community content is available under CC-BY-SA unless otherwise noted.