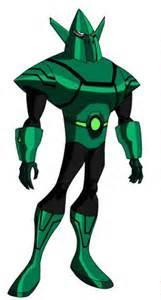 Little is known about Whirlwind's life before the Civil War. It can be assumed to be similar to his mainstream counterpart.

Whirlwind was one of the supervillains forced into the Thunderbolts by S.H.I.E.L.D. against the fight for the Superhuman Registration Act. When the network for the nanites started a riot in Prison 42: Whirlwind was guarding the portal out of the Negative Zone with Diamondback, Moonstone, the Lizard, Electro, the Grey Gargoyle, and Scorcher. He was one of the Fold agents stationed in Iceland's receiver tower before their defeat with Nick Fury, the Tinkerer, Wonder Man, Spider-Woman, She-Hulk, Firestar, Colossus, Magneto, and Quicksilver.

After the events of the Civil War, Whirlwind was imprisoned in the Vault. Several months passed, and someone resembling War Machine attacks the Vault. Hoping to score big by taking him down, Whirlwind engaged "War Machine" in battle. The fight started to move across the Vault. The Fantastic Four arrivde and managed to defeat the Skrull. Wanting some action after months in the Vault, and money for taking down an alien empire, Whirlwind decided to join in the UA's fight against the Skrulls. There he started to befriend fellow C-List villain, the Living Laser.

2 weeks pass, and a Hammer Industries facility is attacked by what appears to be the Crimson Dynamo. Captain America, Winter Soldier, Iron Man, and Whirlwind are sent in to investigate. Upon arrival, the team makes their way to find Dynamo interrogating Justin Hammer on the progress of the updated Dreadnoughts. Hammer says the company finished the prototype, and that it's kept in storage. Dynamo notices the heroes, incapacitates Hammer, and taunts them as he races towards the storage area of the facility. Dynamo beats the team to the Dreadnought, but Iceman arrives with Valentin Shatolov (without his armor). This comes to no surprise that the "Crimson Dynamo" raiding one of Hammer's weapons facilities is in reality, a Skrull. The Skrull activates the Dreadnought, and leaves as he downloads the blueprints for the Dreadnought prototype into his armor. The prototype manages to injure Iceman before it is destroyed. The team finds the Skrull on the roof of the building, and proceeds to attack. Before his defeat, the Skrull manages to send the blueprints to wherever the Skrulls managed to set up shop on Earth (which was what he was doing on the roof). Since the UA destroyed his old one: Shatolov builds an upgraded version Crimson Dynamo armor, and forms a truce with them. Some time afterward - not wanting Stane Industries to go out of business from the Skrull's conquest of Earth, Iron Monger decides to join the Ultimate Alliance (much to Iron Man's discontent).

Retrieved from "https://marvelcomicsfanon.fandom.com/wiki/David_Cannon_(Earth-6109.2)?oldid=183817"
Community content is available under CC-BY-SA unless otherwise noted.