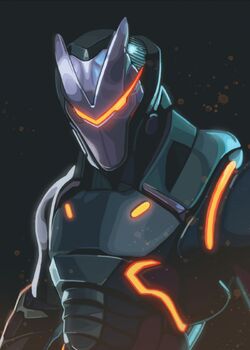 By mine own hand, I will see that this task gets done no matter the cost... even if it be me.

After his uncle died, Dane Whitman inherited his castle, which he went to live in alone. He soon discovered that his uncle was in good standing with the Royal Family, despite acting in secret as the criminal known as the Black Knight.

After Dane discovered his equipment, including a high tech suit of armor loosely based off of Tony Stark's Iron Man suit, and the fabled sword of King Arthur, the Ebony Blade, which was enchanted to poison any wound it inflicted. Wanting to restore his family's honor in his own eyes, he built his own Black Knight suit and made his debut saving Queen Elizabeth from an assassination attempt.

He then revealed his identity to the world and was officially knighted as the Queen's protector. Later, when the team Excalibur was formed, the Black Knight was the first hero asked by Captain Britain to join. After fighting alongside Excalibur for some time, he and Captain Britain even struck up a relationship.

[[Category: In a Relationship with Peggy Carter Characters]]
Retrieved from "https://marvelcomicsfanon.fandom.com/wiki/Dane_Whitman_(Earth-101)?oldid=247237"
Community content is available under CC-BY-SA unless otherwise noted.