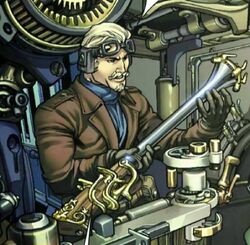 The Travellers (with his spouse)
Identity

You've always known the world was being run into the ground by a bunch of brainless cowards, but the future belongs to great minds like you...so steal tomorrow from them and make it your own.

Dale Yorkes' origin is the same as that of his Earth-616's counterpart.

Retrieved from "https://marvelcomicsfanon.fandom.com/wiki/Dale_Yorkes_(Earth-1010)?oldid=221169"
Community content is available under CC-BY-SA unless otherwise noted.