The Bugle is a tabloid in the style of the New York Post, it is housed in the Flatiron Building and run by J. J. Jameson. Looking for photos of New York's new vigilante Spider-Man, Jameson hired Peter Parker to take photos of this costumed entity, who was Parker's alter-ego. 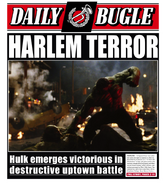 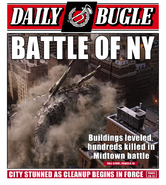 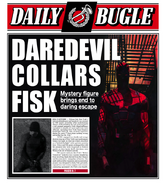 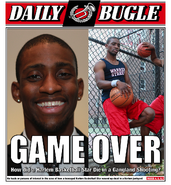 Game Over
Add a photo to this gallery

Retrieved from "https://marvelcomicsfanon.fandom.com/wiki/Daily_Bugle_(Earth-1010)?oldid=190364"
Community content is available under CC-BY-SA unless otherwise noted.