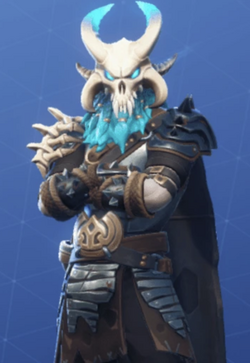 The Forgotten One
Identity

Earth-101
Base Of Operations
Isle of Silence
Characteristics
Gender

I have arrived, and with me... I bring Ragnarok.

Cul is the older brother of Odin. He believed he was always destined to be the King, and enjoyed leading the armies of Asgard to pillage the Nine Realms in order to recruit them into the Asgardian Order.

Eventually, his ambition grew to be too much for his father and brother to handle, and he was banished to the Isle of Silence. For centuries, he remained imprisoned and silenced until he was freed by his sister, Hela, when she needed a way to distract Odin and Thor.

Cul then ventured to Midgard to wreak havoc on the realm in order to hurt Odin's son, Thor. He was able to corrupt several of Earth's armies and wage war against the Avengers and their allies. When confronted by Odin, Cul was able to finally kill him. This unleashed his full power as the Serpent, and intended to completely lay waste to the realm. However, he was met with opposition from the Avengers and all of the surviving Asgardians. After a lengthy and bloody battle, he was eventually slain by his own nephew.

Retrieved from "https://marvelcomicsfanon.fandom.com/wiki/Cul_Borson_(Earth-101)?oldid=250183"
Community content is available under CC-BY-SA unless otherwise noted.