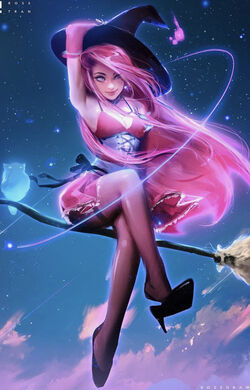 Why ever would I choose between tricks or treats? Why can't I have both?

Clea is the daughter of the Ruler of the Dark Dimension, Dormammu. She was created from pure dark matter so that he would have a successor. She quickly mastered the Dark Arts, training alongside the likes of Ebony Maw and several other malevolent creatures.

Clea and Doctor Strange felt an instant attraction to each other and fell in love over the years spent protecting the Earth together. She knows he would sacrifice his life to protect the Time Stone, but he doesn't know that Clea would sacrifice herself so that he would never have to.

[[Category: In a Relationship with Stephen Strange Characters]]

Retrieved from "https://marvelcomicsfanon.fandom.com/wiki/Clea_(Earth-101)?oldid=250180"
Community content is available under CC-BY-SA unless otherwise noted.