The Hulk is a playable character in Marvel Ultimate Alliance: Doom's Reckoning.

After testing the effects of gamma radiation, Bruce Banner was mutated into a raging monster called the Hulk. Hulk and Banner's warring personalities were eventually able to strike a deal to use their powers for good, and went on to join the Avengers. Their team was later recruited by Nick Fury to join the Ultimate Alliance and fight against the Cabal, an organization of supervillains led by Thanos and Doctor Doom. 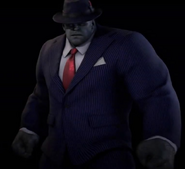 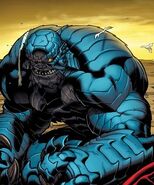 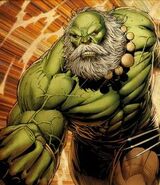 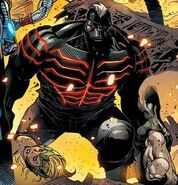 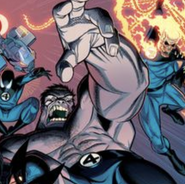 Hulkbuster
Add a photo to this gallery
Retrieved from "https://marvelcomicsfanon.fandom.com/wiki/Bruce_Banner_(Earth-6110)?oldid=251987"
Community content is available under CC-BY-SA unless otherwise noted.