Big Hero 6: The Animated Series is a 2015 American animated superhero-comedy television series based on the film of the same name which in turn is based off the Marvel Comic book. It takes place after the events of the movie. It focuses on the exploits of the Big Hero 6 fighting dastardly villains in San Fransokyo. It even pays homages certain Japanese film and TV genres in some episodes. And some other superheroes from Marvel will make guest appearances now and then. It is expected to air on the Disney Channel sometime in 2015.

Monster Island, a containment facility for keeping Kaiju away from civilization.

San Fransokyo, the city where the Big Hero 6 live. 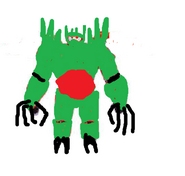 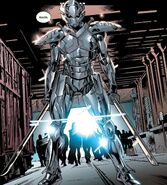 Fred, having transformed into the original Fredzilla, who appears in Season 2.

One of the Robot Dinosaurs from Episode 2, "Blast from the Past."

San Fransokyo Institute of Tehcnology, where the team goes to school.

The Mayor of San Fransokyo (voiced by Neil Ross) 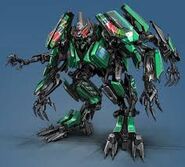 The enlarging ray from Episode 16, "Growth". 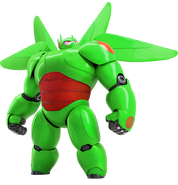 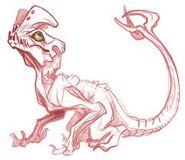 Retrieved from "https://marvelcomicsfanon.fandom.com/wiki/Big_Hero_6:_The_Animated_Series?oldid=211473"
Community content is available under CC-BY-SA unless otherwise noted.