Marvel Fanon
Register
Don't have an account?
Sign In
Advertisement
in: Characters, Templated Articles, No Dual Identity,
and 10 more 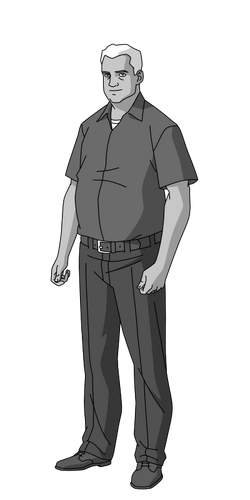 Ben Parker was brother to Richard Parker, who mysteriously died in a plane crash with his wife not long after leaving their son Peter with him. For the next few years, Ben and his wife May cared for and raised Peter like a son.

Years later, while taking care of a flooding problem in the basement, Peter came across a suitcase containing his father's work. While stunned by his discovery, Ben encouraged Peter to look through it. Later, Ben was forced to leave work early in order to deal with some trouble Peter made by humiliating Flash Thompson. Informing his nephew that he will be forced to work extra shifts to make up for lost time, Ben ordered Peter to pick up May from work tomorrow. Unfortunately, Peter's quest to discover more about his deceased father led him to spend time with Dr. Curt Connors on perfecting Richard's formula, resulting in May having to walk home by herself.

Angered by Peter's failure to make due on their deal, Ben confronted his nephew when he came home and scolded him for being unable to live up to his father's sense of responsibility. Infuriated by the mention of his absent father, Peter tearfully snapped at Ben, demanding to know where his father was and promptly left their home. Ben became concerned and regretful of what had just transpired and went looking for Peter.

Ben eventually found himself on a street where he saw a man trip, a gun falling out of his vest. Noticing a nearby man yelling about his store being robbed, Ben put two and two together and struggled with the man for the gun. However, the scuffle abruptly ended when Ben got shot in the stomach. The wound proved to be fatal, as a distraught Peter found his body and screamed for someone to call an ambulance while he desperately tried to put pressure on his already deceased uncle's wound.

Ben's tragic death would soon become the driving force behind Peter's becoming a vigilante and eventually the hero Spider-Man.