Start a Wiki
"And there came a day, a day unlike any other. Earth's deadliest supervillains found themselves united against a common threat, and working to actually gain their redemption. Together they swore to fight the foes no single hero could withstand, to avenge the wrongs they and other villains have committed, and save a world brought to the brink of destruction. It was on that day, that the Avengers were born!" - Natasha Romanova

On Earth-617, the Avengers were formed to be superhuman taskforce, a group like the X-Men that would follow the direct orders of the SHIELD. Supervillains looking to redeem themselves, along with other unstable loners that have now been brought together in return for clemency. They soon became a popular and powerful team that not only fought crime, but threats deemed imminent against the United States. This would require the team to engage in covert, possibly illegal, black-ops missions.

Two years after the events of the Professor's terrorist attack, thousands of Americans became infected with a biological agent that gave them mutant-like superpowers. Some became heroes, most became menaces to the public thanks to their unstable abilities. The threat is still present, and worse yet, SHIELD has discovered that now criminal organizations are trying to recreate the "cure", or use technology, to make a new batch of superhuman enforcers. Not wanting more supervillains on the street, SHIELD director Natasha Romanova initiates a project to create a superhuman taskforce, a team like the X-Men that is under her complete control. With superheroes unwilling to register under SHIELD control, she turns to the only willing subjects, incarcerated villains.

Gathering together candidates from numerous supervillain prisons, she offers the inmates a chance at freedom. If they work for SHIELD and bring down superhuman threats to the United States, they'll be released and allowed to live in Manhattan, until their time is served. Some refuse, most take up the offer to be "big god damn heroes". Senator Creed, however, discovers what SHIELD is planning and puts a halt to the releases, thus shutting down the team before it began. If things couldn't get any worse, a breakout occurs, thanks to an attack by Whiplash, that unleashed the powerful villain called Electro. In the chaos, most heroes and authorities are called to keep as many inmates from escaping, leaving a blacked out New York at risk of further attack by the perpetrators. After containing an inmate that's discovered not to be human, the team disobeys orders on the very first day in SHIELD's employ, and prepares to hunts down Electro and several other escapees. The alien, Kl'rt, is informed by Black Cat about the situation, and reveals that he is a fugitve of his race because he escaped the facility that experimented on him, and gave him powers similar to the villains now on the loose. He wants to help, and the team begrudgingly accepts it. After several unauthorized arrests, and mass collateral damage, Electro is cornered, but he unleashes an attack that nearly deveastates Harlem. Hawkeye, despite having escaped, breaks loose from the team...to help civilans escaping the carnage. Susprised, the team allows him to help.

Eventually, with back-up from Spider-Man, Captain America, Thor, and the X-Men, Electro is defeated. Though angry at their having disobeyed orders, Natasha is happy at their results. With the approval of several heroes, but requests of further training, the team's releases are authorized. Hawkeye, seeing this a more than a chance at freedom, says its their job to fight criminals and redeem themselves. Several teammates agree, with Kl'rt and Kraven suggesting they be called "Avengers". Meanwhile, Whiplash reports back to his employer, Anthony Stark. He's been aware of the team since the beginning, thanks to a mole, and plans to use them in furthering his goals in the superhuman arms race. 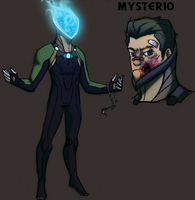 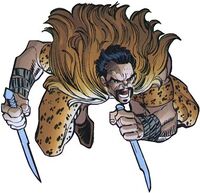 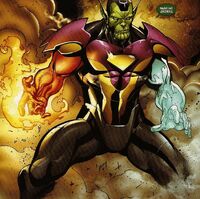 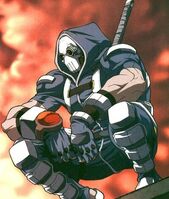 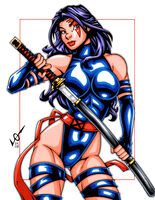 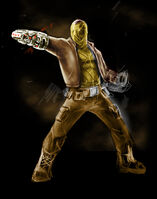 Shocker
Add a photo to this gallery
Retrieved from "https://marvelcomicsfanon.fandom.com/wiki/Avengers_(Earth-617)?oldid=211721"
Community content is available under CC-BY-SA unless otherwise noted.