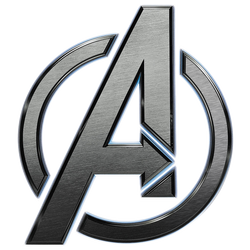 The Avengers were the brainchild of S.H.I.E.L.D. Director Nicholas Fury, who envisioned a team of heroes that might work together as an emergency response team in the event that a threat would prove so powerful, that no one hero could face it alone. The catalysts for this plan were the appearances of beings with personal levels of power that vastly exceeded conventional military capabilities. He named his plan the "Avengers Initiative".

The Avengers formed gradually through circumstance and reactive planning. Fury initially considered Tony Stark for a role on the team, but discarded this idea due to Stark's unpredictable nature. The World Security Council attempted to arrange for Emil Blonsky to be assigned to the Initiative due to his military record after his transformation, intending to blame his initial rampage on the Hulk, but S.H.I.E.L.D. deliberately sabotaged the attempt to have Blonsky transferred to their custody and he remained in the hands of General Ross. Eventually the plan was scrapped altogether and Fury refocused his attention on military assets in the hands of S.H.I.E.L.D. instead. Circumstance however, proved to be the guiding force that brought the disparate membership of the team together when Loki made a surprise appearance at a S.H.I.E.L.D. research facility, killed a number of soldiers, and escaped with Agent Barton and Professor Selvig under his control, taking the Tesseract with him.

The threat posed by the Tesseract in the hands of Loki forced Fury to reprise his earlier idea and activate a group of people with incredible capabilities. Fury called the time-displaced World War II hero, Captain America back into service, while Stark and Dr. Bruce Banner were brought in for their scientific expertise. When Loki made a public appearance, Stark (with his Iron Man armor) and Captain America rushed to intercept, accompanied by S.H.I.E.L.D. agent, Natasha Romanoff, the Black Widow. The three of them confronted and captured the Asgardian, although in the effort to bring him into custody they were in turn confronted by Loki's adoptive brother, Thor. This resulted in an altercation when Thor extracted Loki, but once the men had wasted time and effort in a fruitless clash of egos, they resumed the trip together.

Once on board the S.H.I.E.L.D. Helicarrier, the clashes continued, to some extent as a result of Loki's goading. Even though their agendas were largely aligned, their egos and the growing unease surrounding Fury's actions had the group in a frequent state of tension. This persisted until Loki sprang his trap and used a surprise attack from Clinton Barton, still under control, to trigger a new round of falling out within the ranks. The attack left parts of the Helicarrier in ruin, and S.H.I.E.L.D. agent Phil Coulson dead by Loki's hand before Loki himself fled. His killing of Coulson, proved to be his undoing however, because Director Fury used the incident to motivate the remaining people into action. Captain America and Iron Man wanted justice for Coulson; Barton, who had been pulled from Loki's control, simply wanted to put him down; and Romanoff had her own debts to settle. After chasing Loki to New York City they were soon joined by Thor and Banner, both of whom had fallen from the carrier in the attack. Finally, together as a team, the group calling themselves the Avengers assembled to fight off a threat that was larger than any one of them alone.

The hunt for Loki became a battle for New York when Loki opened a dimensional rift above the city to a waiting Chitauri invasion forced stationed on the other side. The Chitauri attacked without hesitation, pouring through in a vast horde of ground troops with air support. The Avengers stood fast against the assault, at first confronting the attacking warriors, and then shifting focus to other prominent target objectives. Not only was there Loki and his alien army to contend with, there were also the Chitauri's leviathans, colossal flying beasts that were as much agents of destruction as they were a mode of transportation. The Avengers were split even further on more fronts dealing with the rift and the technology holding it open, not to mention a nuclear warhead that had also been deployed to the area at the behest of Earth's governments. They ultimately triumphed when Iron Man redirected the missile through the portal and into the ranks of even more invaders waiting beyond. Black Widow subsequently deactivated the portal so that the nuclear explosion was contained in the Chitauri realm, the destruction of their core ship deactivating the cybernetic Chitauri.

In the aftermath of the fight, the Avengers gathered for the departure of Thor, and his now-captive brother, back to Asgard where Loki and the Tesseract would be safely removed from humanity. When the Asgardians had gone, the remainder of the team said their good-byes and went their separate ways as well. Fury, musing on their dissolution, observed that some day the Avengers might again reassemble, confident that they would come back when needed because they would be needed.

The Avengers came in fact together, adding Henry Pym (known as both Ant-Man and Giant Man), the Wasp and Black Panther to their ranks. Together, they fought against Baron Zemo and his Masters of Evil, Viper, leader of Hydra and A.I.M.. They eventually got to recruit the former villain Wonder Man, the S.H.I.E.L.D. Agent Mockingbird and Air Force pilots Ms. Marvel and Iron Patriot.

After facing Mystique, the Avengers realized they were up to battling bigger threats than Loki, HYDRA or A.I.M.. Reaching out to Prof. X, leader of the X-Men, he recommended them to recruit Wanda and Pietro Maximoff, the Scarlet Witch and Quicksilver respectively. After recruiting the two mutants, the Avengers battled Kang the Conqueror and the new heads of Hydra, Baron von Strucker, Grim Reaper and Arnim Zola.

A new team emerged to fight the Avengers, calling themselves the Dark Avengers. The Hulk befriended a teenage boy, Rick Jones, who has since then been a prominent ally of the Avengers. During a fight with the Dark Avengers, a S.H.I.E.L.D. Agent, Rebecca Shaffer was revealed to be alive, after the organization made her ex-boyfriend believe she had been killed by Viper. Disappointed in S.H.I.E.L.D.'s secrecy, Captain America led the Avengers out of their headquarters, the Helicarrier, and moved to one of Stark's Mansion, calling it the Avengers Mansion from then on. After the fight against the Dark Avengers, Thaddeus Ross, a.k.a. the Red Hulk, knocked on the Mansion's door, asking to be part of the team. Doc Samson evaluated the General and deemed him fit to join the Avengers.

While joining his best friend, Hulk, on a mission, Rick Jones was turned into a Gamma monster too, calling himself A-Bomb.

Soon enough, Loki set Asgard under the Eternal Winter, and it was up to the Avengers and the Fantastic Four to stop him. Finally, Odin recognized the two teams as allies of Asgard.

Captain America, Black Widow, Hawkeye, Mockingbird and the Falcon took part in the S.H.I.E.L.D. Civil War, in which it was revealed that, thanks to Arnim Zola, HYDRA had been infiltrating the organization's ranks, to the point of having infiltrated themselves in the World Security Council. Steve also faced a personal crisis during this time, as the most prominent HYDRA Assassin, the Winter Solider was in fact his childhood best friend and Invaders teammate, James "Bucky" Barnes. Sam Wilson and Captain Rogers decided to go and find him, joined by Tanner Evans. Black Widow also left for awhile to find herself a new identity after hers was made public. Not long after that, the Falcon officially joined the Avengers.

In an attempt to help Thor, Sif, Balder and Loki defeat Malekith, Hank Pym finished developing his latest project: the first Artificial Intelligence, Ultron, using his own brain pattern. While at first it seemed to work just fine, the robot turned on his creator and kidnapped his girlfriend, Janet, rendering Pym mentally unstable.

Using Wonder Man's brain pattern and a copy of J.A.R.V.I.S.' voice system, Ultron created the synthezoid Vision. After calling the Guardians of the Galaxy for help, Groot destroyed Vision, but he was rebuilt by Stark, Richards and McCoy, but given new intentions. Since their first interaction, Vision and the Scarlet Witch felt something special between them.

Once the Age of Ultron was spread to the whole world, Black Widow, Captain America and Falcon came back to New York to help their fellow Avengers. While fighting Ultron alongside his "brother" Wonder Man, Vision was destroyed by the villain. In a moment of desperation, Wanda Maximoff wiped Ultron off existence and rebuilt Vision. The two got married, and Wasp, Tigra and Taylor Swift, Ultron's hostages, were set free. Hank and Janet left the team and moved to the West Coast, in hopes to help Pym rehabilitate.

Scarlet Witch and Vision's marriage was good, until the two sons she had created, William and Thomas, died because they didn't have a human soul. Despite not agreeing with Wanda and believing that they were going to reincarnate, Vision created the Young Avengers protocol, with the goal of gathering together a group of young individuals who could be their sons' reincarnations, even though others who had no chance of being them (such as Stature) or had no powers at all joined too (like Kate Bishop). Two members of this Young Avengers team, Billy Kaplan (Wiccan) and Tommy Shepherd (Speed), were in fact the couple's reincarnated sons. While Wiccan had inherited their mother's powers, Speed had inherited those of their uncle, Pietro. The Young Avengers were invited to move to the Mansion, and they invited Stature's father, Scott Lang (the Ant-Man), to join the Avengers now that their two size changers had left. The new members proved themselves useful against HYDRA's new agents, Taskmaster and Batroc the Leaper.

After losing his dear Princess Ravonna, Kang decided to become a Conqueror before than he actually did, by going back in time and recruiting different deceased villains from their respective timelines. The Council of Kangs decided to take action and Kang-Prime was sent back to fix the timeline. However, this event added two new Avengers to the roster: Dane Whitman, a.k.a. the Black Knight and Monica Rambeau, a.k.a Photon.

The Avengers' battle against the Dark Avengers deeply affected the team since, after the confrontation against the Red Skull, Steve Rogers left the team and revealed his allegiance to HYDRA. As a response to this, Hercules joined the team, Iron Man, Captain Marvel and Photon were appointed co-leaders and Sam Wilson was chosen by his teammates to carry on with the Captain America mantle.

Retrieved from "https://marvelcomicsfanon.fandom.com/wiki/Avengers_(Earth-1010)?oldid=165253"
Community content is available under CC-BY-SA unless otherwise noted.