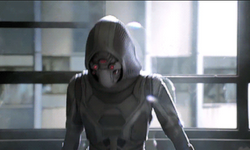 Every second of every day my molecules are broken apart and stitched back together. Don't talk to me about pain.

Ava Starr is the daughter of disgraced Quantum Scientist Elias Starr, who was fired from S.H.I.E.L.D. for supposed treason, and moved to Venezuela to continue his experiments. His recklessness would eventually lead to his own death and the mutation of his daughter. She was eventually found by S.H.I.E.L.D. and brought in as an asset after they promised to find her a cure.

When S.H.I.E.L.D. was forming the Avengers Initiative, Ghost was recruited to be a secret member of the team. However, she became public after the Avengers left to work for Tony Stark. 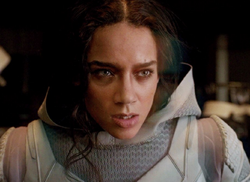 Retrieved from "https://marvelcomicsfanon.fandom.com/wiki/Ava_Starr_(Earth-1420)?oldid=245114"
Community content is available under CC-BY-SA unless otherwise noted.