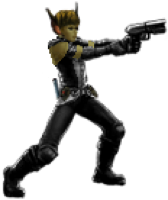 Auran is a resident of Attilan and member of the security force. While in Attilan, she met Frank McGee, an ex-cop turned Inhuman by the Terrigen Mists. Learning of his ability and experience as a cop, Auran and Frank became partners, with her giving him a new name, Nur.

Auran is an Inhuman, empowered with enhanced abilities, and powered by Terrigenesis.

Retrieved from "https://marvelcomicsfanon.fandom.com/wiki/Auran_(Earth-1010)?oldid=192127"
Community content is available under CC-BY-SA unless otherwise noted.