Start a Wiki
The Golems are a highly militaristic race of elemental giants. They are 1,000x as strong as a regular Giant due to their unique training exercises that help build their unique power, and even an elder is highly dangerous because of this.

The Golems were highly evolved Giants that started emerging 1 000s' of years ago. They started in reasonably small numbers, but gradually grew to the enormous numbers today.

A single Golem by the name of Idate rallied the other Golems and had them take out their Giant brethren, the Giants felt so threatened that they sought the help of Odin Borson and all the Asgardians for help to defeat the Golems.

Eventually the Golems started using advanced genetics and Asgardian magic to create Super Golems and Golem Beasts. These genetic experiments often had more than one elemental affinity or they were a lot stronger in their given elemental affinity. These Super Golems as well as the Golem Beasts were so powerful that the Asgardians and the Giants were horribly outmatched, even with the help Dirke, Siferris, and Thor Odinson, and his son Dirmeilius Thorson, as well as Odin Borson himeself.

Because the Golem race is so militaristic Idate eventually found that the new Golems were constantly challenging him... and they were getting increasingly hard. So Idate commissioned to become a Super Golem, but whereas all the previous Super Golems worked up on their previous powers or gave them another Golems powers, Idate himself would become indestructible and gain new powers. He would be now known as "The Ultimate Golem". He was now encased entirely in varying levels of Uru metal, Adamantium, Adamantine, and Vibranium and he would gain the power to control the density of these metals, thereby increasing his strength astronomically, and his he could control metals even Mjolnir, Bjalnir, Bjalniri, and Bjilgax was able to be controlled. He could also produce an absolutely impenetrable barrier of cosmic energy.

He virtually destroyed all of the Nine Realms before all warriors of the Nine Realms stood together to stop him and his Golems brethren, they were ultimately cast out into the deepest, darkest, and most uninhabited void of space.

Superhuman Strength: The average Golem naturally has immense physical strength, about 1 000x the strength of a Giant of the same size. Their strength is sufficient enough to destroy a planet in just one or two strikes.

Superhuman Durability: The average Golem can survive pretty much anything, including slashes from Bjalnir and Bjalniri.

Regenerative Healing Factor: The average Golem can regenerate from any natural substances in the surrounding area (including but certainly not limited to; rock, metal, clay, grass, leaves, brick, lightning, magma, fire, ice) but they can only use the substances similar to the ones from their body.

The Leader of the Golems, and "The Ultimate Golem", Idate 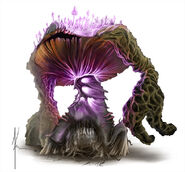 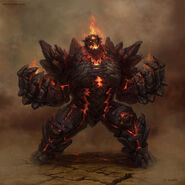 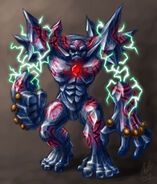 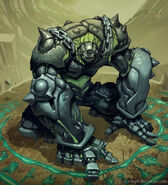 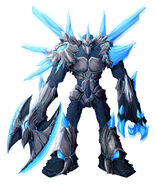 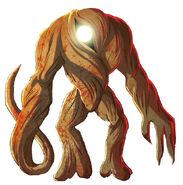 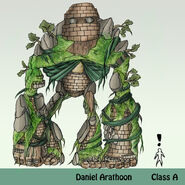 Golem Smith, Karle
Add a photo to this gallery
Retrieved from "https://marvelcomicsfanon.fandom.com/wiki/Asgardian_Golems_(Earth-616)?oldid=206569"
Community content is available under CC-BY-SA unless otherwise noted.