I'm so sick of all the magic and monsters from out of space. Whatever happened to Ultron?

After being kidnapped by a group of terrorist who used his own weapons against him, Tony Stark built a suit of armor to escape captivity, and went on to become the superhero Iron Man. He would later join the Avengers, and he and his team would join the Ultimate Alliance to fight against the alliance between Thanos and Doctor Doom. 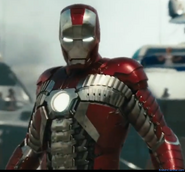 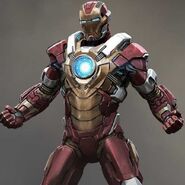 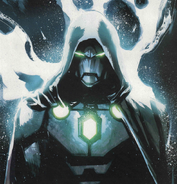 Infinity Armor
Add a photo to this gallery
Retrieved from "https://marvelcomicsfanon.fandom.com/wiki/Anthony_Stark_(Earth-6110)?oldid=252163"
Community content is available under CC-BY-SA unless otherwise noted.